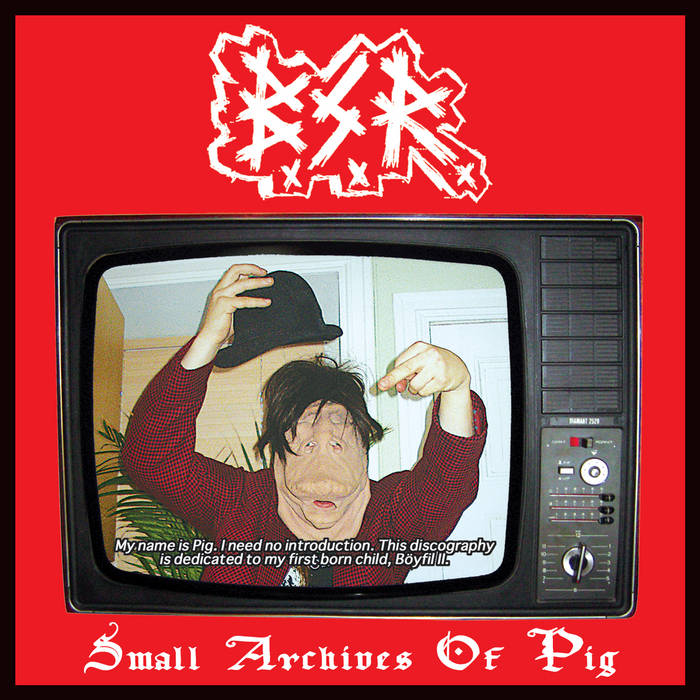 "I consider this to be perfect grindcore ... Sometimes taken to such an extreme over the top level it reaches absurdity ... So engaging and captivating ... It fucking works."
- Built to Blast (builttoblast-vii.blogspot.com/2018/01/prince-of-reality.html)

This collection CD was released on Mortville Records in 2019.

This is the complete recordings of Norwegian grind hypergroup BxSxRx, with 60 tracks in 66:6 minutes recorded between 2008 and 2010. BxSxRx played noisy, raging fast, chaotic grind/blurcore that often sounds like Arsedestroyer playing Repulsion covers with lyrics revised by The Residents and put through a few online translators. The trio consisted of past, current or future members of Boktingan, Brutal Blues, Endwarfment, Gangrenator, Hellstorm, Infant Death, Kaos SS, Laserguys, Lupus, Nekroterror, Parlamentarisk Sodomi and PSUDOKU. This collection CD includes a 16 page booklet with liner notes from each member, photos and lyrics.

Guitar solo on track 17 by Gaupseth.

Bandcamp Daily  your guide to the world of Bandcamp

Guest hosted by Tamar Osbourn aka Collocutor and Toshio Matsuura.